As most House Mouse readers know, I am an avid follower of The Fabulous Beekman Boys, especially their cheese, Beekman 1802 Blaak. I read their blog, cheered their victory on The Amazing Race, and secretly hope to get an invitation to Josh and Brent’s upcoming wedding (hint, hint). So imagine my shock when I discovered only this month that they had created another cheese, Mubock, back in September! How could I have missed it? I must have been in a cheese coma or something. Fortunately, I was able to secure one of the last half-pound squares of Mubock before the Mercantile ran out. Well, that, along with a wheel of Blaak, a box of Salty Goat Fudge Cookies and a jar of Autumn Harvest Honey. Go big or go home!

So, why call it Mubock? According to Beekman 1802, the name is a play on the half cow milk (mu) and half goat milk (bock) combination used to make the cheese. Bock could also refer to the dark, strong lager, Three Philosophers beer from Ommegang Brewery that is brushed at the end of the aging process.

While all that is interesting, I really wanted to get to the tasting, so after allowing the Mubock to get to room temperature, I sliced some off and went in for the sniff test. My nose instantly picked up on the hops from the beer, as well as a sweet, salty aroma. Honestly, I wasn’t sure how I felt about it, but the nose of a cheese can often be so different from its actual flavor, so I wasn’t too concerned. There was also some confusion over its appearance. Described as a cheddar-style cheese, Mubock really more resembles a baby swiss. Even the texture had a spongy, springy swiss-cheese feel. Finally, I tasted it and it was… interesting. Very intense, with a pretty pronounced beer flavor. Did I like it? To be honest, I wasn’t sure. I thought maybe I was missing something, so I reached out to Dr. Brent Ridge, one half of the Beekman Boys, to see if I could get some guidance:

THM: When we spoke a coupe of years ago, you were pretty adamant about not creating another cheese. What changed your mind?
BR: We still are primarily focused on Blaak. We just thought it would be a fun experience to come up with one different cheese idea each year for a Limited Edition. It keeps us learning.

THM: How big was this batch, and will we be seeing Mubock next season at the Mercantile and online?
BR: This year, we produced about 1800 pounds of Mubock.  Unfortunately, we have sold out. As we intend all of our limited editions, we are going to retire them after each year, so we don’t plan to make this again.

THM: The hoppy flavor is pretty prominent in Mubock. How did you decide on Three Philosophers Beer?
BR: We chose 3 Phils because it is one of our favorite brews from Ommegang.

THM: The flavor is very bold and intense. What pairings do you suggest?

BR: Mubock was aged for eight months, which creates a very bold, sharp cheese.  Goat milk especially gets sharp very quickly.  The texture is slightly chewy/rubbery – kind of like a swiss cheese.  We actually recommend Mubock as a melting cheese.  It’s amazing on grilled cheese sandwiches, in omelets and in soups (we have a great soup recipe with it on the website).

A melting cheese… of course! Immediately after hearing Brent’s response, I grabbed a baguette, some aged balsamic, a bit of prosciutto and toasted it up. What a difference some heat makes. The intense flavor from the Mubock simmers down a bit, yet the hoppy taste still has some punch. It melded perfectly with the saltiness of the cured meat, while the aged balsamic’s sweet/tart component just balanced the whole bite out. My boyfriend actually preferred it without the prosciutto, which was pretty tasty as well.

I have just enough Mubock left to try out the soup recipe, although my little creation has become my favorite after-work snack, so it may not last. While it is sad that Mubock will not be making a second appearance, Blaak may still be available on the Beekman website. Even better, head to Sharon Springs and pick some up direct from the Mercantile.

Update: Blaak is out for the season, but will be returning, hopefully in July. Be sure to get on the wait list to get a wheel. The cookies and honey are still available so be sure to check those out.

It’s National Cheese Lovers Day! Where do you get your curds?

Happy National Cheese Lovers Day! Last year, The Mouse was pleasantly surprised to discover that there was a holiday just for fromagephiles to pay homage to the blessed curd. A full twenty-four hours to bask in the glow of some Basque or any cheese of choice. So, what’s a cheese lover to do when upon opening the refrigerator door on National Cheese Lovers Day and finds that the cheese safe is bare? Fear not, for The Mouse has a brief list of shops to help restock for the celebration. END_OF_DOCUMENT_TOKEN_TO_BE_REPLACED 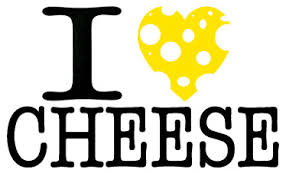 Happy National Cheese Lover’s Day! Who would have imagined there was a day just for us turophiles? To be honest, I was totally clueless about this splendid holiday until yesterday and not really sure how on e goes about celebrating, besides doing the usual chowing of tons of cheese. I do that every day, so does that make every day cheese lover’s day? While I chomp on that tasty thought, here’s a look back at some of The House Mouse’s favorite cheese loves. Stay Cheesy! END_OF_DOCUMENT_TOKEN_TO_BE_REPLACED