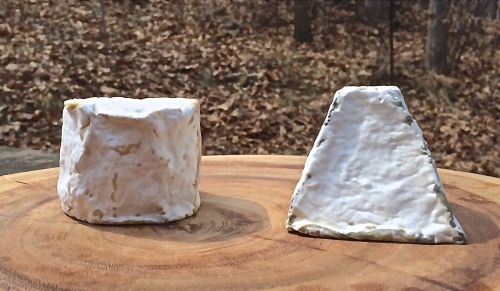 Garretts Ferry and Condor’s Ruin from Many Fold Farm

Many Fold Farm is located in Chattahoochee Hills, Georgia which is one of the best named towns I’ve ever written. Owners, Ross and Rebecca Williams raise their animals for milking, wool, lamb meat. They also sell some beautiful-looking eggs. Their cheeses are named after local landmarks, which is common amongst farmstead cheesemakers. 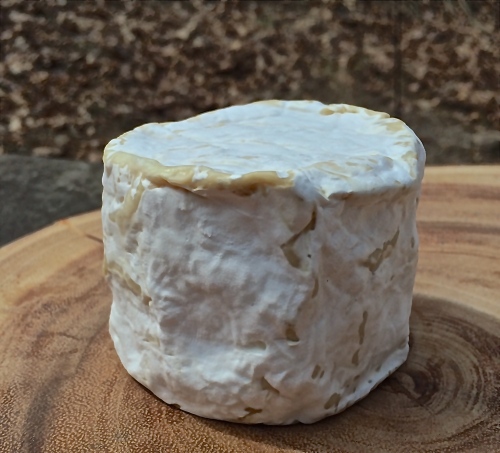 Garrett’s Ferry is a pasteurized sheep’s milk crottin aged for three to six weeks with a traditional lamb rennet. The soft, bloomy rind has a mellow mushroomy flavor that doesn’t compete with the sweet, soft, buttery paste beneath. This was my first taste of Garrett’s Ferry and I really loved every bite. 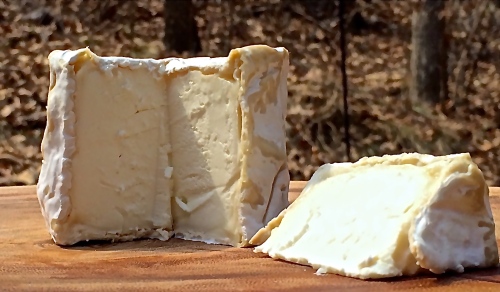 Just beneath the rind, there’s a ring of tang and then this pillowy, sheepy-sweet cheese that has hints of grass and lemon that was just so inviting. I actually ate this with nothing but a fork. Apologies for the brightness of the shot, but Mother Nature seemed to want a taste as well. I would pair this with Abita Strawberry Harvest Lager or a light wheat beer, perhaps even a pale ale. Sangria would work well. A dab of blueberry, lemon preserve would compliment this as a dessert cheese, but not too much since it’s such a delight on its own.

Condor’s Ruin is an ACS 2014 award-winning cheese that turophiles just rave about. Made with pasteurized sheep’s milk and aged three to six months with traditional lamb’s rennet and a line of ash, this Valencay-type cheese had me at hello. 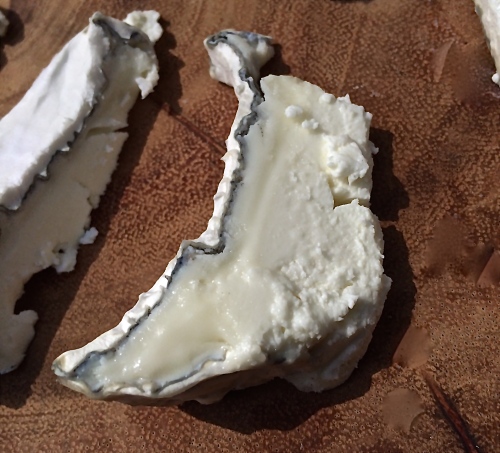 Unlike Valencay which is made with goat’s milk and sports the ash is on the outside, Condor’s Ruin has a thin, soft line of ash just below the bloomy rind which is followed by the creamline. Intense flavors of salt, grass, thistle and even garlic can be detected, but work well together. Finally, the sweet center of more solid cheese where it all come together in rich notes of sheepy goodness. Pasture, lactic acids, floral flavors, and just sweet goodness hit and it’s all good. This is one complex cheese, but completely approachable. Pair with a stout like Dark Horse Oatmeal Stout without fear or go lighter with something like Atwater Purple Gang Pilsner. Sake would even work with this complex and work of art. Just don’t go too bitter and I would stay clear of a hoppy IPA.

Both Garrett’s Ferry and Condor’s Ruin are incredible cheeses and made for a fantastic treat in my Easter Tote. I cannot wait to try Brebis and Rivertown next from Many Fold Farms. Find Many Fold Farm cheeses at Pastoral Artisan Cheese, Bread and Wine in Chicago and on their website here. Thanks again to Tim for being my Easter Bunny!

One response to “Quick Bite: Many Fold Farm Garrett’s Ferry and Condor’s Ruin”